Making banana bread has recently become an obsession of mine, and I can’t quite figure out how and why this obsession has manifested itself.

I have since baked 2 banana bread in span of a week. My first attempt kind of bombed, and I am bummed that I did not get it right the first time.  While I liked the taste better, the texture was rubbish. It was not even worth a photo shot.
My second attempt resulted in this: 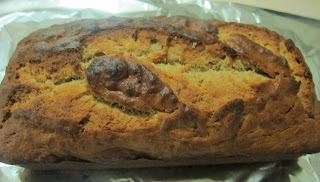 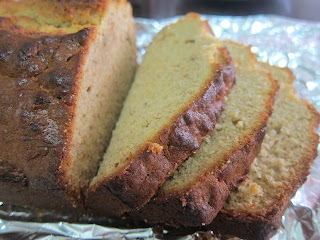 The texture was much, much better but the taste was just average. It was nothing to rave about and I think it can be improved.
The two recipes were slightly different. And my perfect banana bread recipe would be a cross between my first and my second attempt. So far, Spud likes both, but I like my banana bread to be very banana-nie, moist, fluffy and light.
I’ll post the recipe once I crack this.