I first heard about it as soon as I opened my eyes this morning. And that’s only because Silver Bullet had whispered “sweetly” in my ears with a “Oh, by the way, breaking news today: Micheal Jackson is dead”, as he woke me up from my slumber in his usual morning routine of kissing me goodbye before he leaves for work. Since then, I’ve got “Heal the World” playing in my head over and over again. A song I’ve long forgotten. 7 hours later, the song is still in my head. Just bizarre.

Honestly, I don’t know what to think of it. At one time in my life when I was a little kid, I did like Michael Jackson. Over the years, I outgrew him. All those nasty stories about him did little to rekindle my fondness for him. For a long time, I thought he’s a certified cuckoo. For a long time too, I could only shook my head and roll my eyeballs each time there’s a media frenzy about him and his life. For a long time, I had only felt sorry for him. He was, otherwise, a man of great talent indeed. He may be a celebrity, but like us, he was not immortal. Like us, he was only human. No amount of glory in one’s lifetime can prevent anyone from a certain death. Michael Jackson, the King of Pop is certainly no exception.

One thing is for sure, the world will continue to grieve. All that’s left is his legacy. A legacy that’s to be remembered for a long time to come.

What pains me is what will happen in the next few days to a month or so. The untimely death of Michael Jackson will continue to grace the headlines of all news and entertainment channels. I’m not really looking forward to 24/7 coverage on Michael Jackson for days on end. I need other news feed too, please. 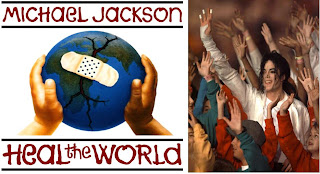