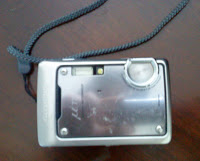 It suddenly developed a mind of its own by turning itself on and changing its settings altogether which makes no absolute sense, before giving out a funny “bomb-alert” type of sound that just would not stop beeping.

That means, I am going to take crappy pictures for my blog using my super out-dated Sony Ericsson’s mobile phone, until I get it replaced. Bleahhh.

And double bleahhh as now I have to think about what type of digital camera I will have to get as there are so many out there, and at present, I don’t really know what I want. That means, I have to research (which takes time and waste time) and then, the actual hassle begins when I have to shop for one. Bleahhh.

Given that it was a waterproof camera, I thought it was ironic that it probably went hay-wire right after I took it into the pool with me (for like the umpteenth time already) for Spud’s swimming lesson yesterday. I guess it could not handle the stress no more after being trashed around (shock proof, too, remember!).

While all the pictures “taken” this morning did not register into the SD card, at least all that were taken at the pool yesterday still turned out okay. And, I guess, it is only right that I post up some of the last pictures as a final tribute to my Olympus  Mju 770 SW. 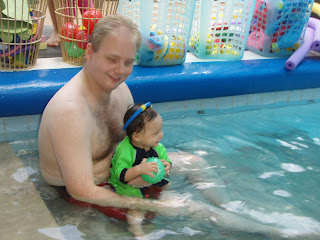 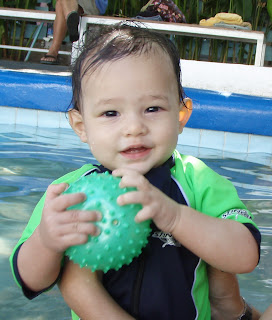 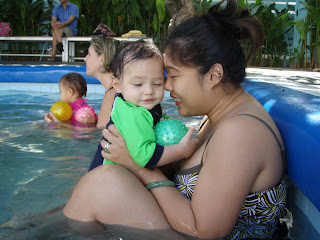 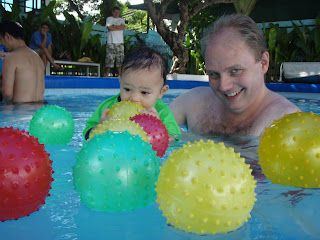 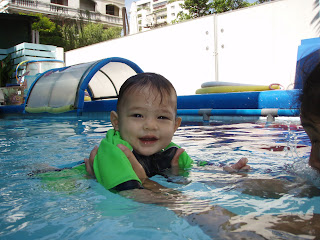 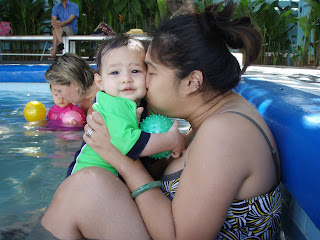 And here’s one of the many unsuccessful underwater takes I tried…always, forever too slow to sync in time with Spud. 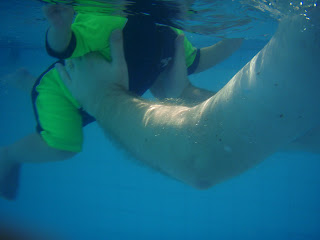 I wonder what will be a good brand for my next point-and-shoot digital camera.