My daughter wants to be a heart doctor because she wants to fix broken hearts. Only because, many moons ago, I mentioned in jest that yes, my heart has been broken before and it broke into a gazzilion million pieces.

She asked a lot of questions –  like why was it broken? Did it hurt? Who broke it? Can you die from it? She then wondered if it could be fixed, and I said, usually in time. I wondered if that was a normal run-of-the-mill conversation with a then 4 year old! She then blurted out in earnest that she’ll never get her heart broken. Ever. (Oh! Bless her!)

I broke into a smile and told her that I wish the same for her too. For her sake’s, I wish she’ll never experience a broken heart.  As she listened attentively, I then told her that,  as a matter of fact,  getting her heart broken would likely happen one day. And when that happens, it would only make her heart even stronger.

I never did put 2 and 2 together why in the last few months, she got pretty adamant about becoming a doctor. Not just a doctor, not a brain doctor or an animal doctor, but very specifically a heart doctor. And ONLY a heart doctor.

She even insisted on dressing up as one  when her school organised a theme of ” What Do You Want To Be When You Grow Up?” for her class graduation video. She would not have it any other way, and we obediently made her a “make-shift” doctor’s lab jacket from an over-sized white shirt. That was almost half a year back.

She gets really upset whenever I suggested otherwise as my way of teasing her. I even threw her a joke about it; telling her that no way in hell we could afford her education and she’d really have to study hard;  enough to earn herself a scholarship because we just wouldn’t have the money to see her through.

She confidently said that she would.

And then, several weeks ago,  whilst we were at the doctor’s for her check-up, something clicked:  Spud mentioned to her Pediatrician about wanting to be a heart doctor. She then innocently blurted out that she wants to fix hearts that are broken, and without being prompted, elaborated further with “Because, doctors can fix everything!”. We jumped in with an “Almost! (Not everything!)”

There and then I had my AHA! moment. The realization that she’s had that idea and reasoning, brewing in her head all this time, and then managed to put the 2 and 2 together (doctor = fix everything, including a broken heart), took me by surprise. She’s got some elephant’s memory, that girl. It was an enlightenment! Kids are just funny that way.

Just about a week ago, Spud brought the topic up with Squirt while we were in the car. The kids (actually, mostly Spud) were  chatting heartily about what they want to be when they grow up. Squirt was just listening to her nattering away and pretty much entertained her throughout the entire car ride. Kinda cute, I thought. I then chipped in, and with a swivel of my head, asked Squirt the very same question: what do you want to be when you grow up, Squirt? 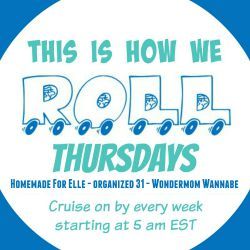