There was so much hassle at the airport and it took us more than an hour to check-in. The flight coming in from Guangzhou was over-booked and they had to change our seats several times up till we got on to the plane. We had separate seats for the 10 hour flight to Nairobi and when we got to our assigned seats, we realized that there’s someone else seating in there. Our African friends wouldn’t budge, refused to give up their seats and our seats were changed again.

Fortunately, a kind soul was willing to swap her seat and we managed to seat next to each other on the long flight. It was, however, one of the most uncomfortable flights I have ever experienced. I’m so puny, yet there’s hardly even any space for me. Imagine how bad that is for Silver Bullet.

What struck me most was the heavy stench…a really bad STENCH of body odour. I don’t want to be mean, but these people stink to high heavens and could use some dose of deodorant. As a result, I hardly slept a wink.

We had a 4-hour layover at Nairobi to Moshi on Precision Air, Tanzania’s domestic flight. Precision Air has the reputation of leaving at precisely on whatever time it wants to leave. In this case, a half hour earlier; with only 10 minutes advance warning!Weird. Wonder how many people missed their flight that day.

Upon arriving in Moshi, I was delighted to find out that visa is not required for Singaporeans. That means a savings of USD 50 on visa fee! However, it also means that I don’t have the nice visa sticker on my passport like Silver Bullet did. Oh well!

Our arrival in Kilimanjaro Airport was received by Silver Bullet’s colleague who took the liberty to take us around the a farm before dropping us off at our lodge for the night, The Watering Hole. 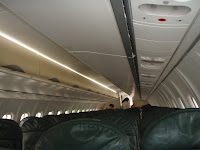 View from the sky 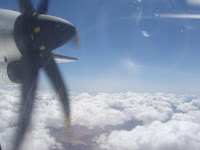 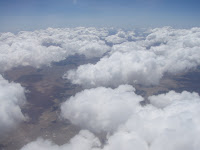 @ Kili Airport & a farm in Tanzania with Silver Bullet’s colleague 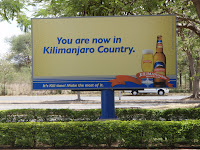 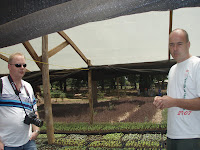