Spud has only been to playschool for about 6 months now, and already I have had to sign my very first consent form for her very first school excursion to Siam Ocean World recently. The trip cost me 450 baht, and another 15 baht for this picture here taken after the trip: 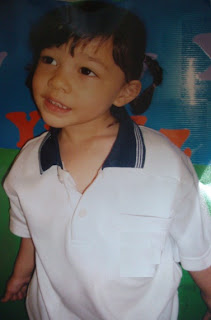 When I read the note from the school, it reminded me of all the consent forms I have to get my parents to sign if I were to go for one of those school trips. My parents were always pretty strict with me, but most times, they would allow me to go. And I remember beaming with such happiness once they sign the form for me which was to be returned to my teacher the next day. Fond memories.
Back to the letter from Spud’s school, my first thought when I read it was, “Oh my! This is cool. She should definitely go! It would be fun for her.” And then, just as quickly, I thought to myself, “Wait a minute. She is 2. Isn’t that too young for an excursion?”  I had my first when I was what…NINE?! Even that took quite a bit convincing from my parents I remember.
But, both me and Silver Bullet thought that it was a good idea to let her go. We both agreed that it would be good for her development to get into the dynamics of social settings. One is never too young (or in our case, too old) to learn. Besides, the school reassured us that there would be enough teachers to mind the kids, and that Spud was not the only 2 year old who was going. I even had the teacher’s commitment that she would be the one person to personally mind Spud.
When the day came, I felt very excited for her very first excursion with her school friends. Oh! How I wish she would be able to articulate her thoughts to me on how her outing when, what she saw, who she spent most of her time with and what her favourite exhibit was. Unfortunately, she is only 2 and there is only so much a 2 year old can tell you.
I know that we’ll probably get the flak for allowing such a young kid to go for school excursions – and judging from some of the comments I received after posting my excitement of Spud’s very first school excursion on FB – I sensed that not everyone is comfortable with the decision we made for our 2 year old. I then realized that this would also be another case of extremes in parenting, wherein we could be labeled as being completely irresponsible and insane for letting a 2 year old joining a school excursion. (Gasp! Horror! Horror!)
But you know what? Screw what other people think! We both know that Spud was in good hands and we were (and still are!) very comfortable with our decision.
In the same breath, I’d be lying if I said that I did not feel anxious. I did. But just a tad.  In my head, I had this little paranoia of the “what ifs”…as in, what if she gets lost and could not find her way and what if some stranger took her away and never to be seen again amongst other things. (Well, a mother IS allowed to worry, isn’t she!) I had to remind myself again and again that Spud was in good hands, and that I should not worry over nothing.
And I DID worry over nothing. She came home tired, but happy. I was not surprised at all when her teacher told me the next day that she was very active during the outing, seemed to “know the place really well and headed straight down to the penguins”. The best news for me was when the teacher told me that Spud, in a social setting such as that, kept to the group for most of the time and generally can listen to instructions rather well.
I guess that was all a mother needed to hear. But in a way, I can’t help but felt a little bit peeved – how I wish Spud would listen to us at home the same way as she does in school! Gahhh!
So, the question is – are 2 year olds too young to join in a school excursion? All things considered, I think not. In a way, it was also a learning curve for me as a parent because it was my very first experience of learning to “let go”.
And that was the first of the many “letting gos” in the years to come.
Bit bittersweet, ain’t it. 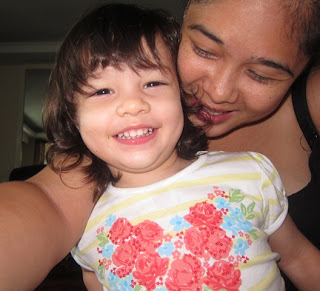