Having some idle time on our hands, we decided to pop by Chatuchak in the afternoon today; merely out of curiosity after having heard of  news that the flood water has now gotten to Mochit BTS station.

Although the road right beneath the train tracks had shown some signs of raised water level, most of the surrounding  area still seemed dry. We even walked towards and finally into the market thinking that perhaps, we can still get ourselves some chicken rice to tar pao home, but apart from some early signs of flooding on the road right next to the main entrance of the market itself, the rest of the area remained dry. Not a very spectacular sight in any way, but a couple snapshots here:

There were only a few shops opened and there was also a handful of tourists and locals in tow. The entire market, however, did look like a ghost town. I don’t think I have ever seen Chatuchak market so quiet before.

We were in and out there within 10 minutes and then decided to chill out by the park right next to the BTS station.

The weather was perfect, it was rather windy and for once, the park over there was not crowded. It was quiet. It was nice. And we are certain that Spud did not mind us letting her loose for awhile.

Spud was really just happy today, and for us, it was a very good chill-out day being a disaster tourists. 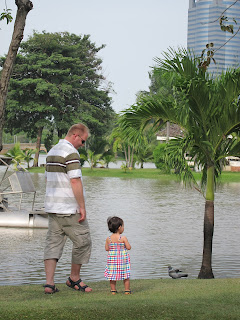 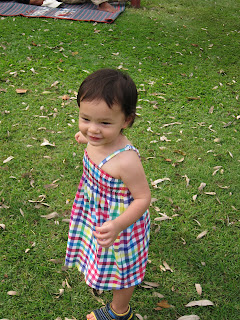 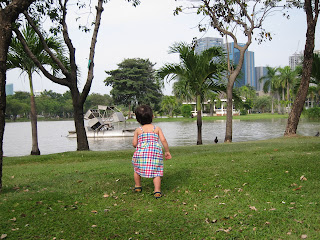 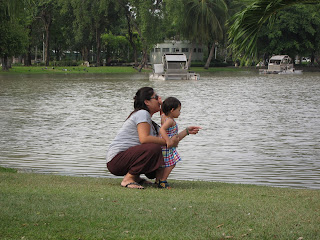 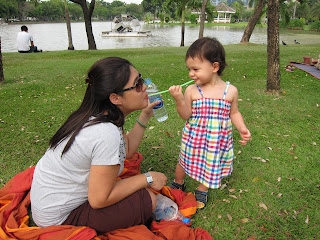 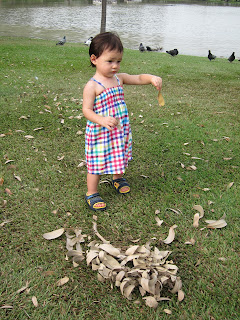